From Wisconsin to Ecuador. My Travel Story 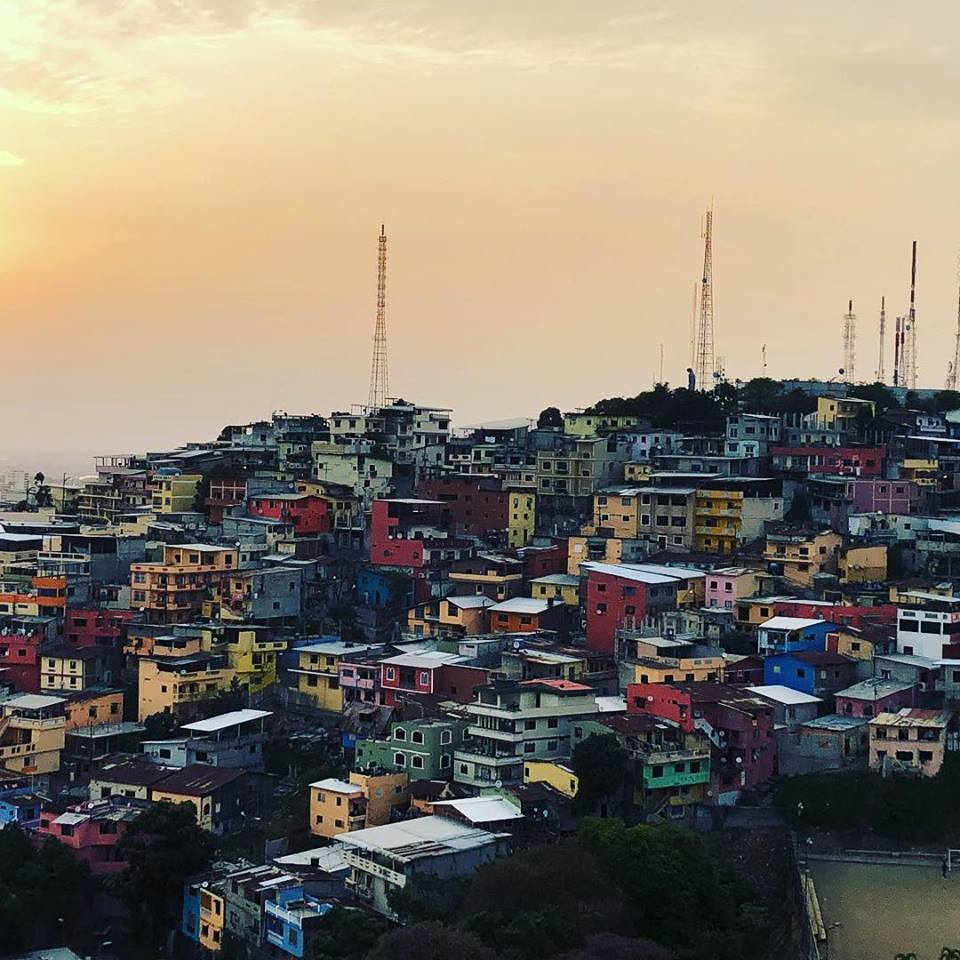 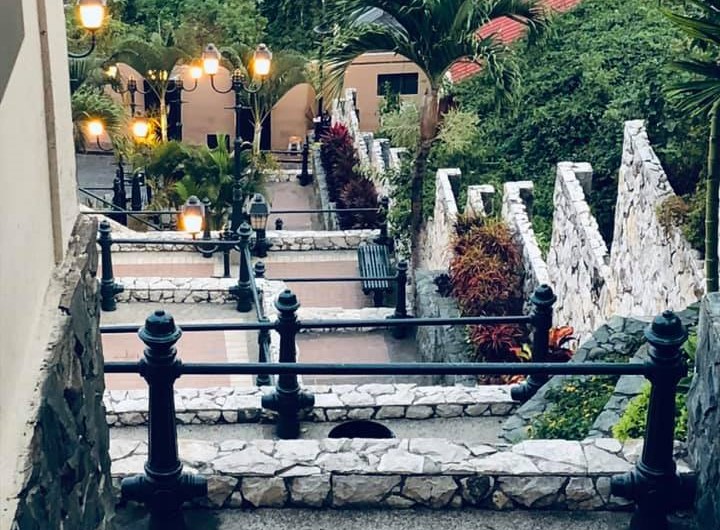 The word travel. It can mean so many things. To some, it’s a quick trip to see relatives just a few short hours away. To some its a jaunt to a neighboring state to your favorite ski resort or shopping mall. There is also the group of travelers who go to destination beaches or to hop over the pond to France, England or Scottland. There are also the adventurous souls who backpack through areas that most of us wouldn’t dare to go.
My travels are unique. When I tell my friends and family from Wisconsin that I am going to places like Romania, Serbia or my most recent, Ecuador, the reaction is the same. They look at me with wide eyes and ask why in the world I would want to do that! “What happens if someone kidnaps you?” or, “aren’t you afraid to leave your family?” My favorite, “I can’t believe you travel alone like that, I would be so scared.” I usually smile and nod and then think to myself, if only they could see what I’ve seen.
My most recent trip to Ecuador was my first time in South America. I was excited, I got to go with a friend whom I have traveled with before so I knew it would be a great time. When we travel for work, its always an adventure, it was a country that CHI had not been to so we knew we would be seeing things through new eyes.
What I loved most is that we got to meet with our partners who live in the countries that we visit. We talk to local people and they give us the history of their country, different political viewpoints, we talk about things like the average salary of the nation and what things they aspire to be, not only individually but as a populace. 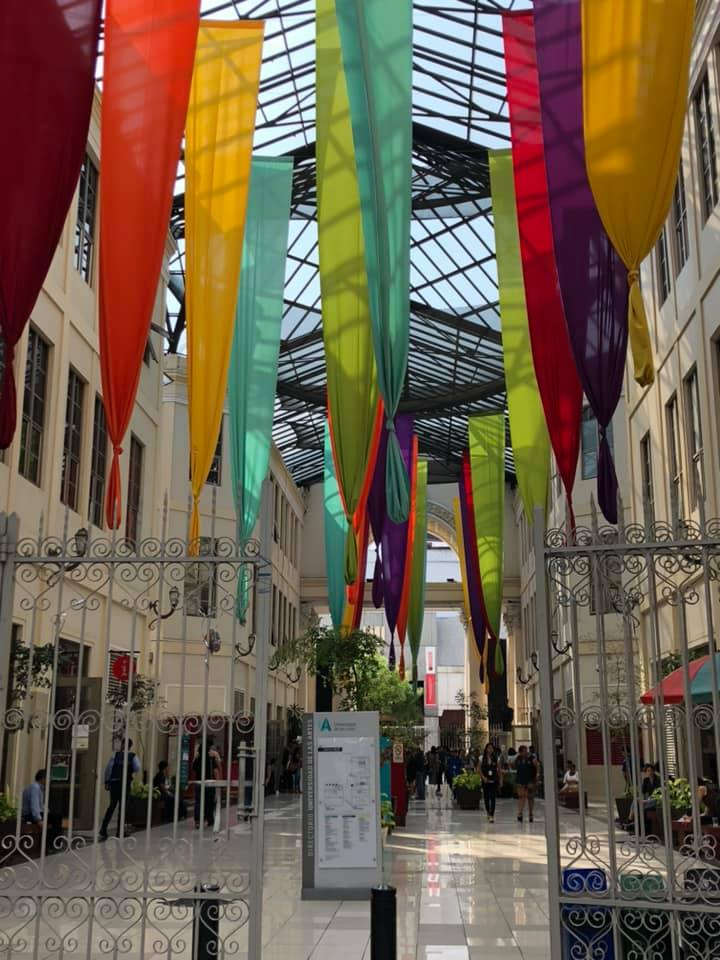 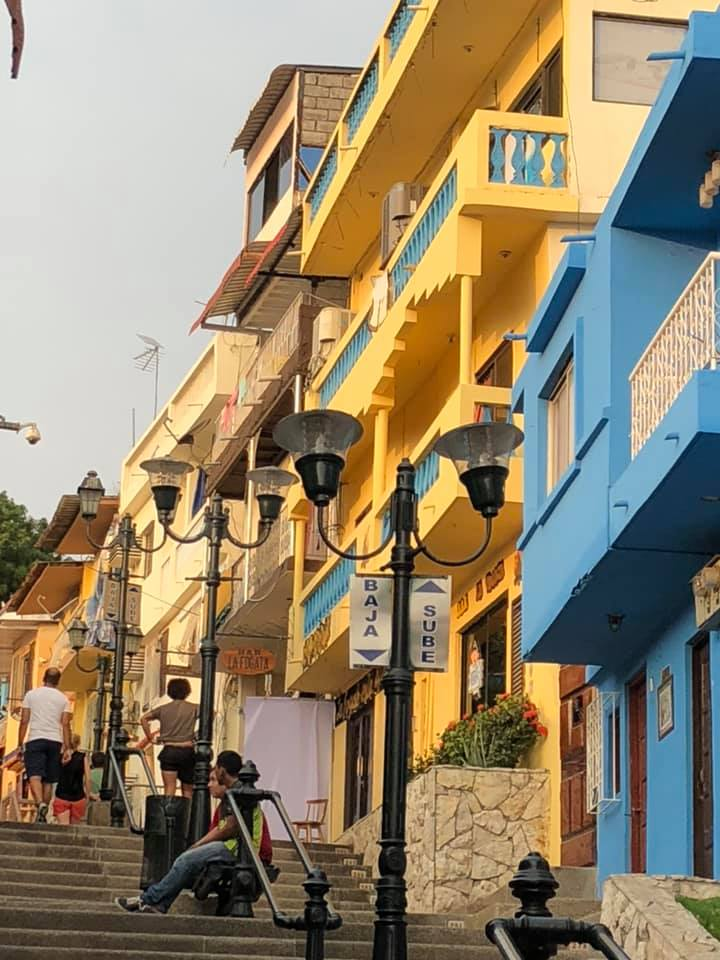 We learned about the different types of food in Ecuador. Because it is close to the sea, they have a lot of different fresh seafood dishes such as ceviche. Fried plantains are served often at most restaurants as an appetizer much like we serve chips and salsa. To my surprise, they taste very much like a potato chip and they are often served with a dipping sauce that tasted very much like ranch. We also found that Ecuador is known for its chocolate and its exported to some of the most famous places in the world known for the best chocolate.
Our partner took us out to see the city of Guayaquil. What I loved the most is the different types of architecture. We climbed the 444 steps of Las Penas where we got to look over the entire city. Las Penas is the oldest neighborhood in Guayaquil. On our descent, we walked along the back of the hill along the cobbled street called Numa Papilio Liona, which was named after the man who wrote the National Anthem for Ecuador. 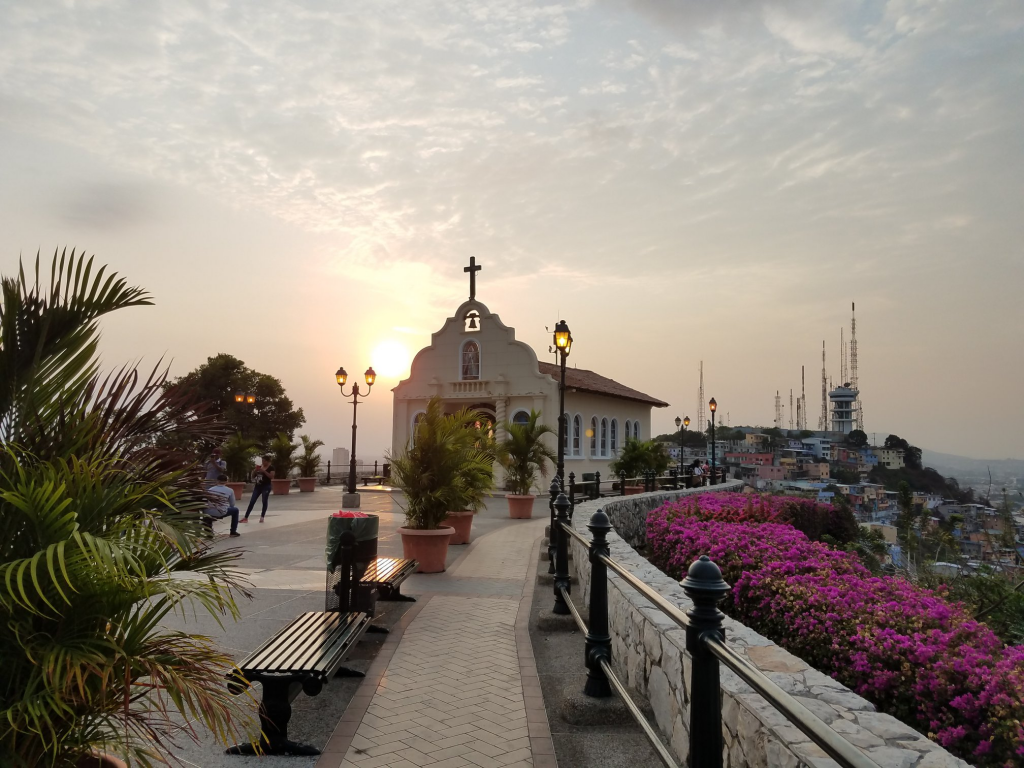 We stayed at the Hotel Guayaquil which we chose because it is in the center of the city. It was near universities and the city government buildings. It was also a block away from Parque de las Iguanas (Iguana Park). It is a park that is filled with iguanas and is protected and funded by the city’s government. As you walk through, you can see iguanas of all shapes sizes and colors. Tourists and locals come to feed them and take pictures. In the middle of the park, there is a statue of Simon Bolivar, a South American liberator, on horseback, where iguanas lounge all around the centerpiece. 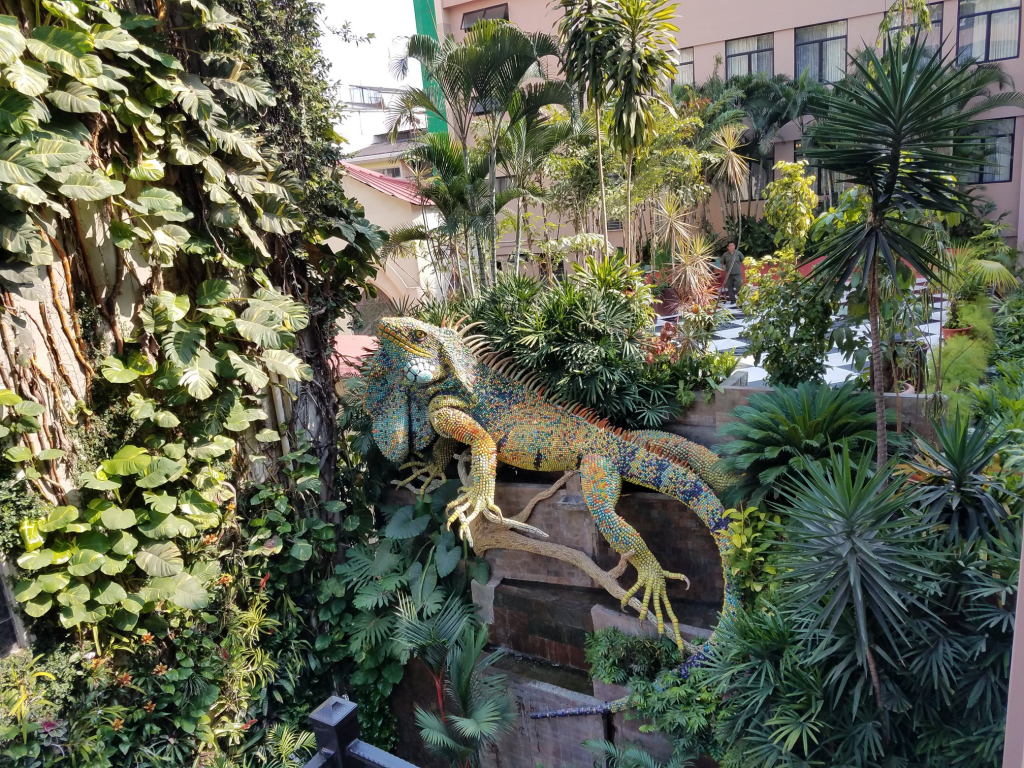 Our guide was Carlos, and he talked a lot about some of the differences between the city of Guayaquil which is hot and humid and the city of Quito, which is in the mountains and has a much cooler climate. To me, it was interesting that the cities’ populations consider themselves much different from one another and that if you were born and raised in one city, it is highly unlikely that you would move to the other in your lifetime.
There is also a walkway along the river, Rio Guyas, called Malecon 2000. It was a beautiful walkway that takes you along the length of the river and has many shops and restaurants along the way.
Some of the students that I met were amazing, one student, Justiniano Soliz, made a huge impression on me. He was talkative and wanted me to know all of these things about his city. He was a true ambassador for his country. He wrote down a list of places to see while I was in his country, along with the food that I must try before I went home. He was curious and excited to come to the U.S. and had so many questions. We are now facebook friends and I cannot wait to see what his travels will do for him! 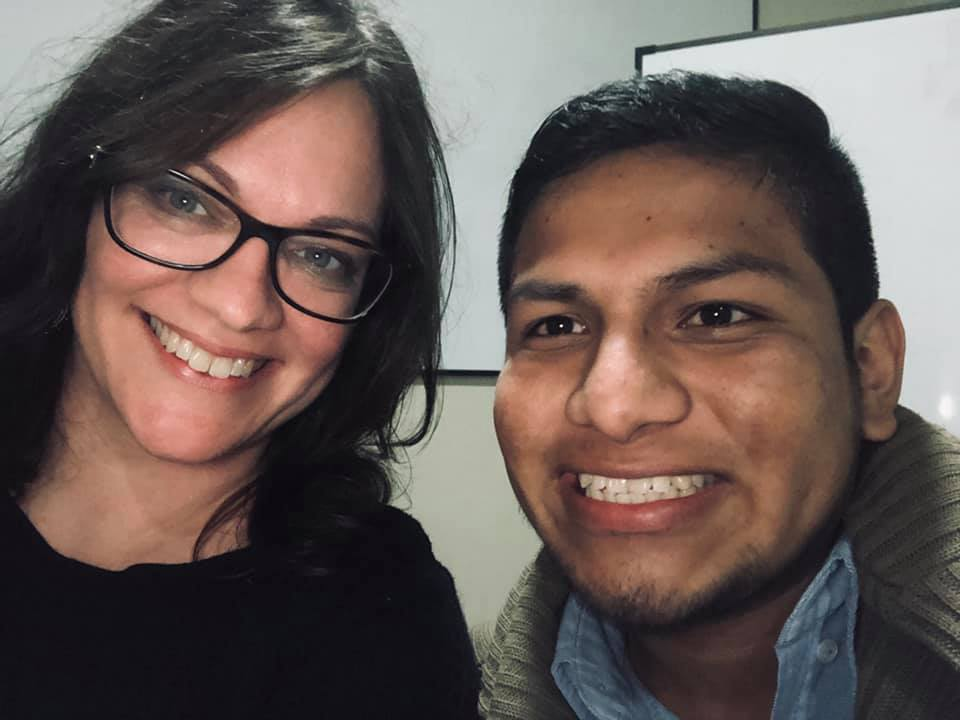 For me, Ecuador was a beautiful, amazing and unique country. Like all places that I visit, the people are wonderful in their own way. It’s the thing I love most about what I do. You get to see all sides of the world, how beautifully large and small it is, all at once. The experience that I get from traveling is one that you cannot capture in words or even pictures, its what binds us together at CHI, we are all travelers and we know without words what it has done to change our lives. It’s unexplainable, only known to those of us who have Wanderlust in our souls. One World Explorer Remains in Russia during the Quarantine Story with a Smile: Beach Mart Goes Above and Beyond Story with a Smile: True hospitality by Motel 6