Opening Doors to the world since 1980! 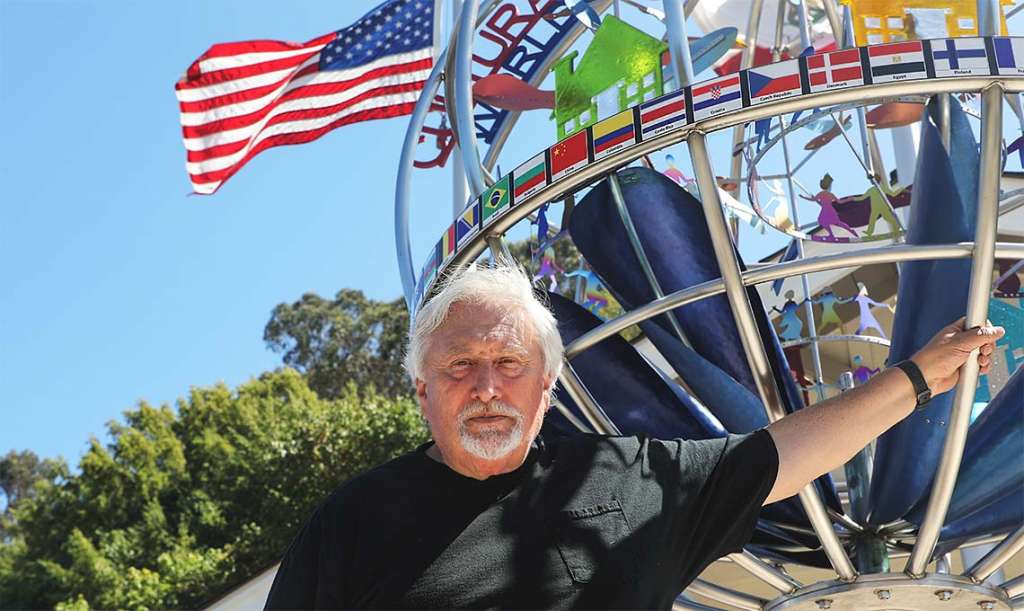 I am sitting in my office, having just laid off 33 wonderful, hardworking employees – two couples, a few fathers, some single mothers with children, a handful of Millennials, Gen Z’s just starting out, as well as two elderly and one lesser able persons. Some wept and gave me a hug, some shook my hand, steeling themselves against their emotions. They are a cross-section of America – Republicans, Democrats, Libertarians – and some who do not care about politics at all. They all have one thing in common: their jobs ended when on June 22 you signed an Executive Order, stopping, until December 31, all non-immigrant working visas to protect American workers.

This Executive Order was meant to primarily target the Big Tech corporations, such as Google, Facebook, Amazon, Microsoft and Apple that bring expensive IT and software engineers from abroad on H-1B, L-1 and other work visas. With a combined 4 trillion-dollar capitalization, these privately owned IT giants are wealthy and powerful. They will easily survive this restriction on imported foreign skilled labor. They already have offices with thousands of programmers around the world.

Perhaps you did not realize, Mr. President, that with the same simple stroke of the Presidential pen with which you signed this June 22 Executive Order, you also signed the death sentence of a handful of small student exchange organizations. These public non-profits have been conducting the U.S. Department of State-supervised student exchange J-visa programs, such as Summer Work and Travel, Camp Counselors, Au Pairs and Internships for the past 50 years. These Congress-approved “J” programs have always had a “work component,” but they are not “labor programs.” The “work component” makes it possible for even the poorest youngsters from countries such as Ghana, Colombia, Uzbekistan or Poland to come to the United States for four months, recover their airfare and visa costs and travel around our beautiful country, learning about our kind, welcoming Americans and admiring our democracy. According to EurekaFacts, an independent market and social research firm from Rockville, MD, only 3% of students reported “earning money” as their top reason for participating in J-visa programs. (EurekaFacts is ISO 20252 certified, the highest quality standard in market and social research.)

While these programs are a vital part of the United States Public Diplomacy efforts, winning friends for the United States and educating the future leaders of different countries about our democratic system of government, there are tremendous collateral benefits to the American workers and businesses. As a highly successful businessman, Mr. President, I am sure you will appreciate reviewing the J-visa statistics below.

According to EurekaFacts, 97% of American employers reported a “shortage of seasonal workers;” 50% reported that the absence of J-visa participants would have a “major negative impact” on their business and 25% stated they would “not be able to stay open.” Our own organization, Cultural Homestay International (CHI), offered these same opportunities to young Americans, – even this year. Although our own youth are much better qualified than foreign J-visa students – after all, they are native English speakers and feel at home in our culture – there were literally no takers. CHI is proud of the fact that some of our overseas J-visa students spent their internship at your properties, Mr. President. They loved that honor!

Our own young people, many of whom have spent weeks of fun in Summer Camps as children, prefer to build up their college resumes, interning in companies of their future University majors, instead of “wasting time” as Camp Counselors. We fill this void by bringing J-visa students, many PhysEd majors, from the British Isles and Australia to our Camps. For every Camp Counselor CHI does not bring to the U.S., up to 10 American children cannot attend their Summer Camps. CHI also brings the Camp Support Staff on 3-month J-visas as it is nearly impossible to find American youngsters to clean the dishes, maintain the grounds or disinfect the toilettes. This means that our 4,500 J-visa foreign Camp Counselors take care of 45,000 American children. Think how it impacts their parents’ availability to work during school vacations, if those children cannot go to camp… All these J participants then travel to tourist destinations around the U.S., enjoying themselves, rewarded for a job well done. When it comes to Au Pairs even members of your administrative staff, Mr. President, use them. Au Pairs free professional singles or couples for productive work, while teaching young foreign Au Pairs about American culture.

J-visa students, while in the U.S., spend close to $1.3 billion (!) dollars in any given year, supporting American businesses, such as restaurants, stores, hotels, and transportation companies. J-visa participants do not cost the U.S. taxpayers a single cent! They pay employment taxes and through their various fees they also support overseas U.S. visa offices and the U.S. Department of State’s regulatory staff’s salaries! They are all paid exactly the same as American workers – they are not “cheap labor.” They enrich the lives of their new-found American friends.

The benefits of J-visa programs do not stop there, Mr. President. In line with our Department of State mission and according to EurekaFacts, 95% of participants said they had “a good or very good” experience in the U.S. and 75% of participants developed “a more positive opinion” of American people after their experience; 73% “a more positive opinion of the U.S. in general.” The J-visa programs keep on giving for many years after the participants have returned home, as they share their admiration for the United States with their families and friends, their schoolmates and on their social networks. They will be the next Presidents and legislators in their own countries. Don’t we want them on our side as friends?

My wife and I co-founded Cultural Homestay International (CHI) 40 years ago as a non-profit student exchange organization. In 1983 we were invited by the U.S. Department of State to register for the J-visa programs. Since then we have involved over 300,000 students from 121 countries and about 2 million Americans in 7 J-visa programs. We also send American students and adults to 22 countries around the globe, where they stay with local host families and teach English.

We created CHI on November 1, 1980, just as President Reagan was elected and the Iranian hostages returned home. We survived the Gulf War, 9/11 and the Great Recession of 2008. I am not sure whether we will survive your Executive Order of June 22. Your April 22 Executive Order did not include J visas. What happened in the ensuing 60 days that made you change your mind?

The media and the public have no idea that we, J-visa non-profits have absolutely nothing in common with the Big Tech H-1B’s. No one even mentions J-visas in the media discussions, no one knows about us, our programs or our achievements… No one knows we exist and that we have been targeted and irreparably harmed for something we have not been guilty of. We do not even seem to merit a media afterthought… It is all about H-1B’s… No one knows what J exchange visas mean or that they even exist.

Mr. President, the trillion-dollar private Big Techs have armies of legislators, lobbyists, and lawyers on their side. They are in the business to make a profit and increase their shareholders’ equity. By comparison, we are minuscule non-profits, completely regulated by the U.S. Department of State. We are “in the business” of cultural exchange and education, spreading the American ideals of participatory democracy throughout the world. We have no defenders, except you, Mr. President. I am sure your intention was not to shutter us down and cause all these painful layoffs. After all, our programs belong to you. To your Department of State. We want to make you proud.

Mr. President, please release J visas from your June 22 Executive Order. Please lend us your full support. By freeing the J-visa organizations from the Executive Order restriction, you are supporting American workers, American business, as well America’s interests around the world.